Will a U.S. Universal Postal Union Withdrawal Shake the Bedrock of E-Commerce?

The world of e-commerce is about to change completely. The United States has indicated intent to withdraw from the Universal Postal Union due to the way the global inter-economy postal tariffs work. These have distorted postal rates so it is cheaper today to ship from China to parts of the US, than within the US itself. This is about to change now, and will redefine competition and competitiveness in e-commerce.

A quiet little announcement came and went by this week that does not seem to have got the attention it merits. The United States government announced an intent to withdraw from the Universal Postal Union because of concerns about international discounts that make it cheaper to ship small packages from China to the US than between some places within the United States.

The Background and the Problem

For background on this, there was an excellent piece in Planet Money on NPR in August 2018 where they interviewed Jayme Smaldone, a small business owner from New Jersey who started exploring how suppliers in China could ship products to US consumers so cost-effectively. Mr. Smaldone discovered that this distortion – where competitors from China could ship mugs like what his venture made from China to New Jersey for just $5.69 whereas it cost Smaldone $6.30 just to ship an identical mug across the United States – was due to the way the Universal Postal Union was structured. 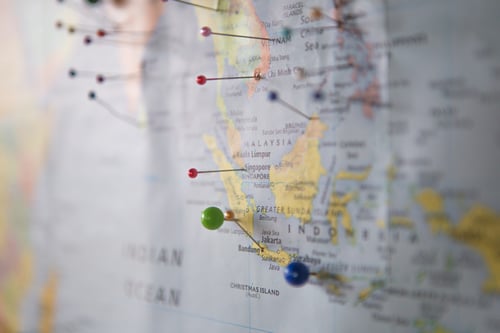 The Universal Postal Union (UPU) is a Bern, Switzerland based organization comprising 192 member nations around the world (basically every member of the United Nations other than Andorra, Marshall Islands, the Federated States of Micronesia and Palau, plus a couple of others). The mission behind the UPU is noble – it is basically an effort to even out postal rates across the world by effectively having the richer countries subsidize the poorer ones. The UPU has developed a system called Terminal Dues where the operator that sends a letter post item to another country remunerates the destination Postal Service for processing and delivering that item. To quote the UPU website – “Not all countries are at the same stage of development and there are significant variations in their mail volumes, postal tariffs and cost absorption. The aim is thus to progressively incorporate the developing and least developed countries into a target system that already applies to industrialized countries.”

The noble UPU policy has had an unintended consequence that Mr Smaldone highlighted. China was grouped with the less developed countries – and this grouping has not been refreshed. Thus, China has continued to be so classified despite the fact that it is the second largest economy in the world today by GDP. This has led to the distortion where it often costs less to ship a small package from China to the United States

The Implications on E-commerce

The implication of the United States declared intent to withdraw from the UPU is profound. At the core, the withdrawal of the largest economy in the world from this world body would send ripples that would cascade and challenge the very underpinnings of global post. That is subject for a different bigger discussion.

But more narrowly, in the context of e-commerce which is the focus for this article, the impact of the United States government just declaring this intent has been significant. The UPU, after making the obligatory statements about regretting the US decision, has been forced to announce an intent to act quickly to address the concern voiced by the United States. Changes are expected to be in place as soon as by April 2019, in just about 6 months from today. At a minimum, it means that cost of shipping from China to the United States will rise ensuring that just shipping charges alone are not sufficient to offer the Chinese manufacturer a cost advantage.

It should lead to more bulk importation into the United States and local distribution of products. Drop shipping directly from China using the US Postal Service for final delivery in the United States will no longer be as effective.

In addition, that should lead to a leveling of the playing field between US-based e-commerce players and overseas ones. It should open up alternate markets for sourcing. It should be an immediate advantage for US based parcel carriers and the US Postal Service as well.

Finally, the act of reworking the global Terminal Dues structure will have far reaching impact on global sourcing for e-commerce, not just on the United States.

This is a development that merits watching by anyone interested in logistics and e-commerce. Generic solutions just seeking to source from China for delivery into the US – or any other market where this postal rates based arbitrage created artificial advantages – will have to give way to solutions that are designed to optimize at the individual order and shipment level.

E-commerce truly services a market of one, and effective understanding and management of these micro-supply chains will be the true differentiator for e-commerce players going forward.